Home › Comics › The Black Order Brigade Review: WE ARE STILL FIT TO FIGHT…Well, Most of Us Anyway

The Black Order Brigade Review: WE ARE STILL FIT TO FIGHT…Well, Most of Us Anyway

While I may have gone in detail before about my start reading comics, I might not have mentioned the method that used to find comics. As someone who had been reading Manga for years by the time I started getting into general Western comics, I brought with me a mentality of “research and discover”, a mentality that permeates this site as a whole yet is most present when we cover comics. My only prerequisite is that the comic not be based on either art or writing style, but that it is in the form of a trade (once again, I grew up with a manga volume/trade tradition where comic issues were never an element.) A division of the mentality mentioned earlier was my interest in what is termed Franco-Belgian comics like El Scorpion and The Black Order Brigade, and while I have yet to pick up the prior, a year of searching has resulted in finding the latter, 1979’s The Black Order Brigade.

The Black Order Brigade is written by Pierre Christin, known for titles like Bad Dreams (Les Mauvais Rêves) and The Hunting Party, the later which he worked on with The Black Order Brigades’ artist, Enki Bilal, creator of what is known as the science fiction Nikopol Trilogy consisting of the three comics The Carnival of Immortals (La Foire aux Immortels), The Woman Trap (La Femme piège), and Equator Cold (Froid Équateur) (which has a point-and-click puzzle game released a few years ago that I really want to play).

Taking place in 1978 inside the small town of Nieves, located in the Aragon region of Spain, gun shots can be heard. A squad of professionally dressed military men, ages seeming to range from fifty-five to fifty-seven on estimate, has decided to remove the new Communist mayor by murdering him and all of the villagers. After mowing down civilians like the town’s nuns, they set fire to Nieves. Then they leave. In a British newspaper office, Jefferson B. Pritchard is told about the incident by his assistant who is claiming that a group called The Black Order Brigade is taking credit or the town’s destruction. Pritchard then hears the names of the individuals involved, realizing that this was the same group that he squared off against back in 1938 when he worked in the 15th International Brigade to protect Nieves during the Spanish Civil War. Thinking that this might just be his last chance for an adventure in his old age, Pritchard decides to call upon his old comrades and stop the Black Order Brigade.

Considering that it has been forty-years since many of them last talked, old age is getting to the brigade. Living all over Europe and parts of Israel, Pritchard  gathers members of the old brigade, individuals like Italian judge Gian Carlo Di Manno, Israeli spy Ephraim Katz, German Professor Hans Kessler, and my personal favorite,  Spanish Father Felipe Castejon to name a few. The plan is to follow the Black Order Brigade’s footprints, be they leading to terrorist bombings and kidnapping or to corrupt government money laundering, through regions of Europe including Spain, Italy, Switzerland, and the Netherlands. Always one step behind them, Pritchard and company must overcome their age riddled bodies to put a stop to the Black Order Brigade for good. 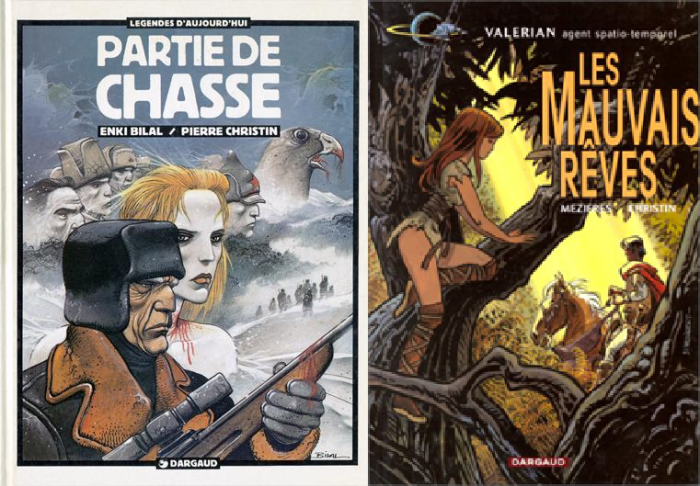 I regret to information you readers that during this paragraph, I will be momentarily breaking my stance on if it is necessary to mention the total outlier a certain title might be in regards to what is expected of a target audience. Let me explain, one of W.E.B. Du Bois beliefs on how Black people should have acted during the 1800’s Restoration era was that they should act like their self-importance and worth is already there, in a way proving to the others around them that this is the norm. I do the same with everything I cover, in that every outlandish or obscure title I review, no matter how niche or cult the subject or origin, will be treated like any other mainstream well known equivalent. I will not be getting atop my American and European comics soap box, but I wanted to mention that in what I feel to be what is regularly recognized as Western comics, The Black Order Brigade skews entirely. This is an over thirty-year old comic with a story on middle-age adults reminiscing about their past adventures in a period-piece narrative, something that I wish was the base of more comics. Now it is almost second nature for me to take comics like The Black Order Brigade in the same stride as more recognizable material, but I feel that ignoring these things are intrinsically different from one another is doing them a disservice. Perhaps I just think a little too much about the subject of comics for my own good?

Artist Enki Bilal’s greatest strength is in his character designs. Of what I had looked up to in regards to this review, two constants arose in an overabundance of chiseled wrinkles, bulbous noses, and shirtless men. The almost Shar Pei dog levels of furrows work well with the characters of The Black Order Brigade in that they give them an aged but respectfully dignified appearance. Mixed in their distinctively bulbous noses and it is a safe bet that Enki Bilal’s character designs are the French equivalent to Naoki Urasawa’s. The shirtless men thing is a half joke, but if you combine both the amount of time he seems to put into drawing every little skin imperfection whenever the cast is in their underwear (like a later part when they travel on a fixed up tugboat for a few weeks) and the apparent man- chest on the cover of Froid Équateur. (Character designs, they mean the world to me.)

Pros: Pierre Christin effectively combines history and politics into a “what has my life wrought” story that might sound like a cigar and gin soaked slog, but actually moves at a decent pace. Watching each member implement their political and social connects from their jobs, like when judge Gian Carlo Di Manno at one point is forced to work with an old mob boss he once imprisoned to find information on the Black Order, is well executed and fun to read. It would make this review far too long if I went into full detail on Enki Bilal’s gorgeous color work.

Cons: I found myself constantly confusing characters because their faces are drawn far too similar. The plot gets a little too muddled at times, with proper-nouns thrown out that bog sections down. This might tip the balance towards too crotchety and heavy handed with its age message for some readers.

Here comes the part that might stop more of you from looking to pick this up; I happen to find my copy searching through the usual used book store binge, with this Humanoids Publishing release by itself a decade old. You might have to spend some extra time tracking this one down. The Black Order Brigade is a fine example of what a little digging can produce, a comic that tests the bonds on what can be described as a comic. Go and search for this gem that gave me something different to see in panel form.

Like Loading...
‹ All Quiet On The Western Front Special: Yes, Another Class Asked For One
Metal Skin Panic MADOX-01 Review: Me and My Robot, Together Forever ›