2003’s A Tale of Two Sisters, is directed by Kim Ji-woon, who with fellow director Park Chan-wook, encapsulate most of the South Korean film and brings it to American attention. Starting with the big boom of Two Sisters, moderate attention has followed with The Good, The Bad, The Weird and a film that I need to drastically get my hands on known as I Saw the Devil. His western presence is getting so large that he is even directing Schwarzenegger’s return to leading man, The Last Stand.

The story begins as a psychiatrist waits patiently as his despondent patient collects herself in a chair set across from him. After asking the patient, a young girl whose facial features are hidden by long bangs, about what exactly happened, a flashback commences. Bae Su-mi and Bae Su-yeon are two young girls close in age, who are driving with their father to stay with him at his house in the hillside. Once they arrive, before going into the house, they casually run towards the lake pier. A setting sun ends their moment and they run inside the house. Once inside, Su-mi is weirded out by how all the clothes in the closet are identical and that the desk seems to have an identical set of books to the ones she brought with her.

These weird occurrences do not stop, they start to escalate with the added pressure of their new step-mother Eun-joo, a strict woman, who as the film continues tends to lean a little towards the unsettled side. From the sound of running feet on the house’s wooden floors to nightmares within nightmares, Su-mi feels that there is something amiss. This feeling of unease escalates to Eun-joowhen she starts to take it out on Su-yeon, whose timid-to-a-fault nature opens her up to Eun-joo’s physical abuse brought on by her psychosis. A Tale of Two Sisters implements an unreliable narrator style of writing where a viewer cannot truly believe what they are seeing since the narrator’s mind is not all there. (So I will be cutting this off before I start to describe scenes that might never have actually happened.) 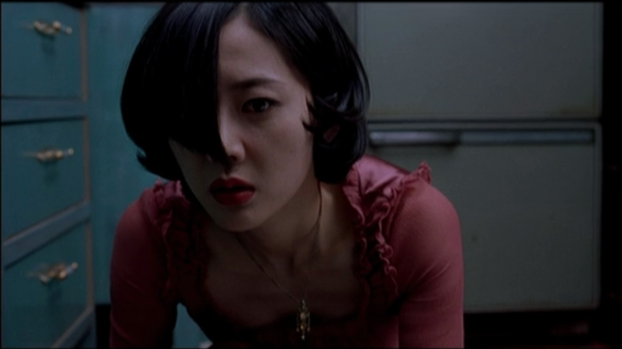 A Tale of Two Sisters sits in this weird hot spot of early 2000’s films that, with Japan’s Ring (I know it was released in 1998, but just go with me) and Ju-on: The Grudge, crafted this dreadful K-Horror and J-Horror trend that U.S. films felt the need to ape. The unnatural lighting of the house the girls stay in and the way ghosts or demons are depicted as printer-paper skinned camera jolters was mimicked to death in horror during this era, similar to the ghost head shaking technique of speeding up the frame from Jacob’s Ladder. For Korean film, this style pretty much started here. 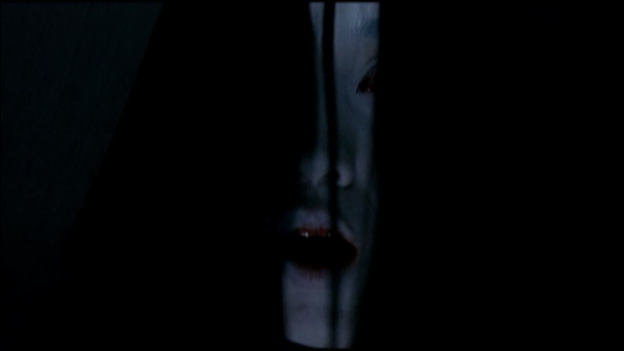 Pros: Another reason I stick Kim Ji-woon together with Park Chan-wook is that they both love to incorporate classical music into their soundtracks; this one features heavy acoustic guitar and piano melodies with an oddly uplifting tone. The house speaks to my love of lighting as reflection of mood to a great degree. The film is actually able to demonstrate tension and jumps without it being obvious and forced.

Cons:  The slow pace at the beginning of the film will seem impenetrable to some viewers. Unreliable narrator stories always leave me scratching my head searching through a Wikipedia plot summary to make sense of something that I know uses the “lead has psychological problem so anything goes” excuse.

Palisades Tartan, who seems to distributing all of the Korean films that I have mentioned earlier, has this film out under their Asian Extreme imprint (which only makes me think of the film anthology Three…Extremes, which was partially directed by Park Chan-wook). With Horror being perhaps the most liberal from any real necessity when it comes to viscerally antagonizing you, it is nice to see a film that actually tries and even nicer to see one that succeeds. While it is heavily dramatic and almost excusable with its cohesive narrative, this does not take away from A Tale of Two Sisters’ overarching excellence.

This is Part 1 of Tour of East Asian Horror.

Like Loading...
‹ Project Blue Earth SOS Review: Science Fiction Anime Unlike Anything Seen Before
Color of Rage Review: The Fresh Prince of Nippon ›