Home › Manga › No Longer Human Review: My Little Nihilist Can’t Be This Empty!

No Longer Human Review: My Little Nihilist Can’t Be This Empty!

No Longer Human originally ran in Japan’s Comic Bunch magazine starting in 2009, and was written and drawn by Usamaru Furuya, whose work Lychee Light Club we’ve covered previously on our site. Furuya’s manga is an adaptation of Osamu Dazai’s semi-autobiographical novel of the same name, originally published in Japan in 1948. Dazai’s novel was also adapted into two other manga adaptations by Yasunori Ninose and Variety Art Works, as well as a film adaptation in 2009 and a four-episode anime adaptation as part of 2009’s Aoi Bungaku series. Dazai, who served as a figurehead of sorts for the post WWII literary movement, is also well known for his other works, including Hashire Merosu (Run, Melos!) and Shayo (The Setting Sun).

The story of No Longer Human opens with Usamaru Furuya (yes, he wrote himself into the manga) who, while in the midst of brainstorming for his next publication, finds a link to an online “ouch” diary. Said diary chronicles the various life experiences of a man named Yozo Oba, with the narration beginning with his high school years. Oba would often act the part of the class clown to the entertainment of his classmates, but in reality it was nothing but an act he put on out of fear that his classmates would bully him. During high school, Oba also attends an art school, but he has little interest in the curriculum, choosing instead to go to brothels with his friend Horiki . Following a brief involvement with a political faction at his school, Oba finds himself with little money after being disowned by his father for falling behind on his studies. With nowhere to go, Oba decides to spend the last of his savings at a hostess club, where he meets the hostess Ageha. Intrigued by one other, Oba and Ageha set out to the seaside by Kamakura, where they decide to commit suicide together. However, Oba ultimately survives the suicide attempt, while Ageha does not.

After being placed in police custody for Ageha’s death, Oba is sent to live with Shibuta (nicknamed “Flounder” for his appearance), an old family apprentice, when the criminal charges against Oba are abruptly dropped. Frustrated with his confined living conditions, Oba runs away and meets up with Horiki again, who found some success as an illustrator. Additionally, Oba meets Horiki’s editor Shizuko, who takes pity on Oba and allows him to move in with her and her young daughter. During his time living with Shizuko, Oba finds some success publishing a children’s manga “Fretty Ping”, but grows increasingly disillusioned with his life once more, and runs out on Shizuko. Oba takes solstice at a local bar, working, drinking, and living with the bar’s matron. After some time, Oba falls in love with a girl running a cigarette stand he frequents, and marries her on a whim. Unfortunately for Oba, misery continues to seep into his life well after his marriage.

No Longer Human is a bleak yet fascinating, introspection into the life of a young man void of any motivation for his future, yet who lacks the willpower to face death. Rather, Oba walks wherever life pushes him, fearful of those around him, putting up emotional facades to appease the father no longer in his life, and slowly falling into ruin. Yet No Longer Human doesn’t feel like a sadist story where a man is kicked around in life and the audience feels sorry for him, nor is it an aggravating tale with an unlikeable protagonist who gets slapped upside the head with karma; it is a story that reads and feels just as hollow and empty as its protagonist. That’s not to mean “empty” in the sense of lacking anything substantial; no, No Longer Human is an incredibly numbing narrative about a man who stumbles, falls, and ruins himself and people around him, yet still proceeds on for reasons unclear to himself. Yet, as dismal as it is, the story still manages to be very compelling, leaving a sense of awe and disturbed fascination as one watches the protagonist’s actions and thought process.

Furuya’s art compliments the dark atmosphere of the manga without excessively relying on deranged, surreal imagery to highlight Oba’s disturbed psychological state. Instead, much of the manga illustrates Oba’s life in a straightforward manner, occasionally interspersing Oba’s dark thoughts in the form of a puppet he imagines himself to be. Additionally, the manga also uses black splash pages marked with direct quotes from Dazai’s novel, adding a further layer of depth to Oba’s self-reflections. On the other hand, some of Furuya’s character designs suffer from looking too similar to one another (mostly it’s in terms of facial features), but thankfully it’s a pretty minor issue. 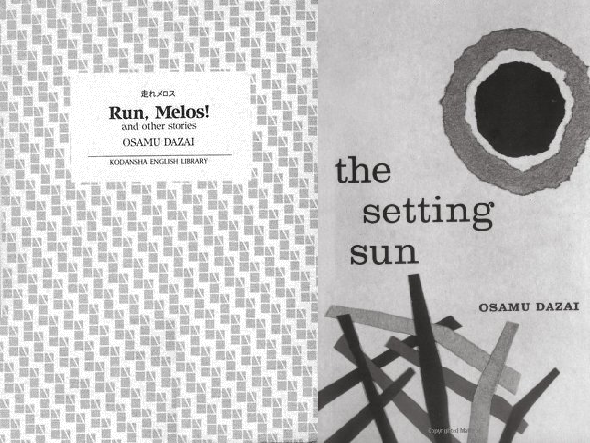 Pros: Story is very intriguing and, at times, disturbingly fascinating. Art direction is straightforward and overall solid, without trying to play up the morbid psychological aspects in an over-the-top manner. Oba’s sense of nihilism and general emptiness as a character offers an interesting point of view to the plot as a whole.

Cons: Aspects of the narrative can come off as overly angst-ridden at times. Furuya’s character designs for individual characters look a bit too much alike from certain panels.

All three volumes of No Longer Human are licensed and published in the U.S. by Vertical Inc. In the end, No Longer Human is a compelling read, telling a dark story of a young man with an uncommon view of life. Be warned, however, if you decide to pick this manga up, leave all traces of optimism at the door; it won’t help you here.

Like Loading...
‹ Blood Lad Review: Young People These Days…
Princess Princess Review: Better Then the Frills Will Have You Believe ›