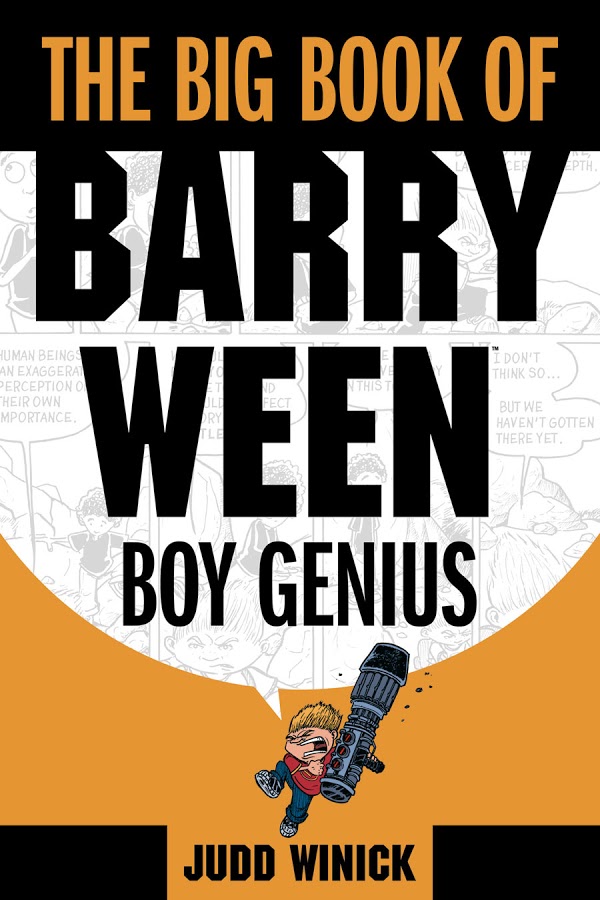 Boy geniuses have been the subject of many different types of media, like Dexter’s Lab and Jimmy Neutron. While both Dexter’s Lab and Jimmy Neutron are enjoyable to some they are limited due to censors and target demographic. Enter the 1999’s The Adventures of Barry Ween, Boy Genius, ready to break the mold and take you by the throat. Since it is made for adults, there is an upped level of insanity, subject matter, and writing, all while being serious with a subtle under tone of sincerity. This comic aims to take the idea of a young boy genius and ramp everything up to eleven.

Barry Ween is created by Judd Winick, who readers might know from his Cartoon Network series, The Life and Times of Juniper Lee. In 2010, he also worked on the screenplay for the DC animated film, Batman: Under the Red Hood.

Barry Ween is the story of well, Barry Ween, a hyper intelligent ten year old living in the north eastern part of the United States. He lives in the suburbs with his best friend Jeremy Ramirez, an ADD, vulgar, ten year old all wrapped up in a Puerto Rican body. Jeremy stats pretty calm when Barry invents something amazing that would cause people to freak out. Jeremy is the only person who knows of Barry’s genius and normally accompanies Barry on adventures or simply helps him clean up his experiments. Their friendship is extremely strong and Barry will go to any length to protect his only true friend that understands him. 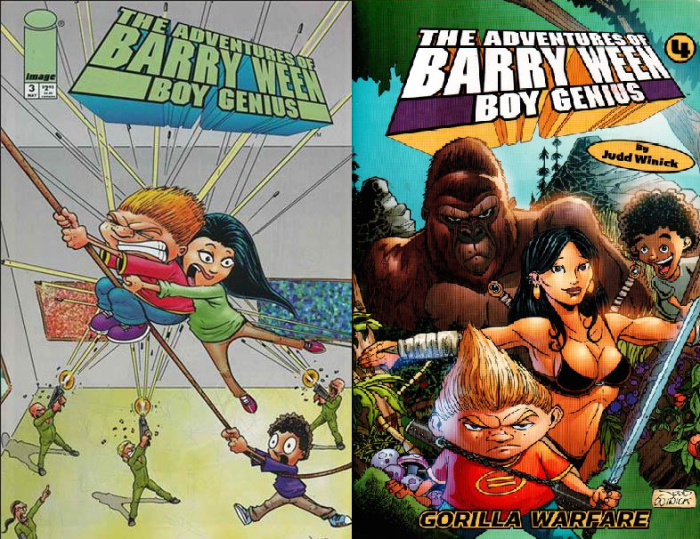 Barry Ween is partly episodic but with a semi-overarching plot with reoccurring characters like fellow classmate/love interest Sara and Sasquatch turned elementary school student Roxy. Stories include turning Jeremy into a dinosaur with an afro after accidentally drinking an accelerated growth serum, to turning Barry’s dad into a Neanderthal with a time portal rift, to saving an elementary class from a group of bank robbers with Barry’s inventions. Some of the bigger stories even involve a giant ape and a time vortex. All the while these two ten year olds are cursing like a naval fleet of sailors. 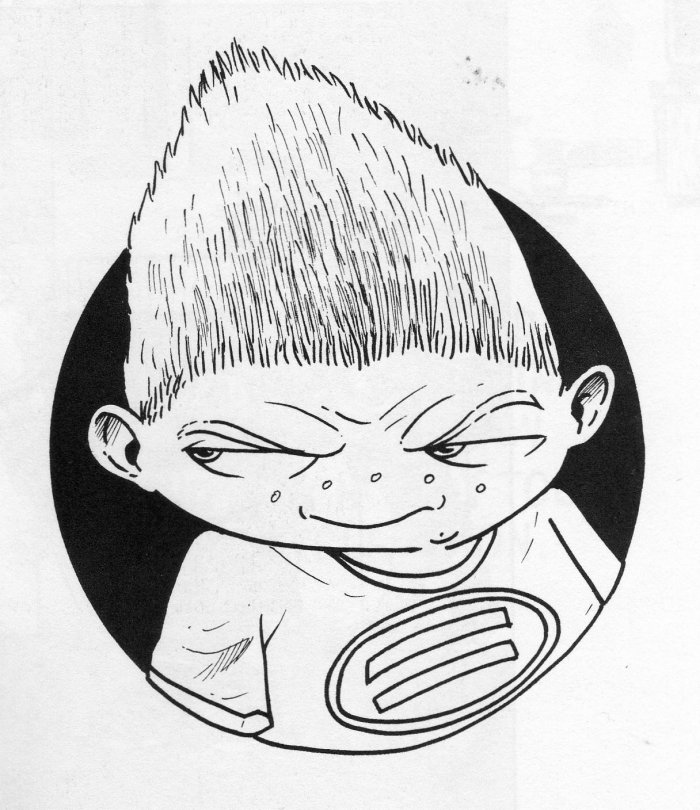 One of the best things about Berry Ween is the dialogue, surprising from a comic with such profanity. What I love about the dialogue is how smart Barry’s comebacks are, from extremely sarcastic to witty. With such quotes as “COLOR ME NINE DIFFERENT SHADES OF NOT GIVING A FUCK!” or “Ice cream for the rich or anorexic” (after Jeremy asks Barry what is sherbet). Even some of the normal things Barry says have a level of sarcasm that is almost a dead ringer for fellow writer, Mr. Franklin Raines.

Another interesting aspect of Barry Ween is the art. I noticed how Judd Winick’s art progressively became better by the chapter, with the overall quality improving with time. The level of detail ranges drastically; look on the cover and Barry’s giant lazer gun looks like it is made of multiple intricate segments yet Barry’s face is rather simple. Another example would be the physical detail seen in Barry’s babysitter Rene when she is turned into a giant ape-like creature after Jeremy accidentally squirts her with a topical steroid. The art is interesting to look at and I found myself glancing over several panels just to see all the little things.

Pros: Barry reminds me of my fellow colleague Franklin Raines; not only with his dickish smart assness, but also with just the way he speaks, he sounds as if Judd Winick had picked apart his brain for responses. All of the stories are so diverse in nature that they offer a unique look at how Barry and the supporting cast interacts with their environment. The art is about as unique as the characters, from Jeremy’s facial expressions, to his various his laser guns. Judd Winick even manages to put in emotion, getting serious at points and deviating from the rather norm of insanity. For instance, after Barry rescues Jeremy from being kidnapped in one chapter, Barry apologies and says he does not know what he would do without Jeremy, and means to repeat himself to reiterate his point.

Cons: I can honestly find nothing wrong with Barry Ween, and this rarely happens. Only problem stems from the knowledge that I have now read all of it and there is no more.

Oni Press’s Barry Ween is one of the best comics I have ever had the pleasure to read, making it one of my new favorite comics. Barry Ween is one of those comics every comic book fan should read, include in their collection, but share with as many of their friends as possible. Barry Ween is not just all action and violence with crude humor or jokes, it has something deeper hidden inside of it, a heart.

Like Loading...
‹ Dirty Pair Special: Affair of Nolandia – At Least We Can Breathe Down Here
Mazinkaiser SKL Review: Well That Was Pretty Metal ›