Home › Manga › Kieli Review: With a Ghost and a Zombie, Off To The Graveyard Express

Kieli Review: With a Ghost and a Zombie, Off To The Graveyard Express

I rarely ever stumble upon works of fiction that take place in a remote planet that has been colonized by humans. I am not saying that the kind of story is rare, but rather that my own experience with the Sci-Fi genre is rather lacking. Off the top of my head I can think of two works, similar, yet vastly different that qualify as colonizing stories. The first work is The Knife of Never Letting Go series, which I read while in high school.  This is a coming-of-age story about a boy named Todd Hewitt who lives in a world where microbes cause all men’s-and only men’s-thoughts to become audible. It is a dramatic story involving war, racism (of the fanatic variety), and what it would be like for someone to be able to hear your every thought. The second work is 2006’s Kieli, which I will discuss today.

Kieli is based on a series of light novels by Yukako Kabei who also wrote Endo Roll Made Ato. The Kieli novel was then adapted into manga by artist Shiori Teshirogi, who worked on Saint Seiya – The Lost Canvas and Dear My Doll.

Kieli follows the story of the aptly-named Kieli, a young girl of roughly high school age with the ability to see ghosts. As usual per the genre (is there a genre or sub-genre with a high-school girl with super natural powers that never had any friends (ever)?), she is socially isolated and has no friends except the cheerful blonde ghost (I can never tell between brown and blonde hair in manga) Becca who is always trying to keep Kieli in high spirits. At the start of a ten-day holiday, the two find the corpse of a man with copper hair, except the corpse begins moving. After sorting out a mess involving a high school girl screaming her lungs out, the man introduces himself as Harvey. Later on Kieli discovers Harvey is one of the Undying, a group of immortal soldiers who fought in a war eighty years ago. Once hailed as heroes, they are now persecuted as demons, thanks to an obscure political-religious agenda. The manga essentially follows Kieli’s ten-day holiday following Harvey on his journey to grant a favor to an old ghost named the Corporal, who is also a veteran of the same war.

My problems with Kieli are that it doesn’t seem to bother much with using its setting. I mean, if you are going to go through the trouble of putting everything on an entirely new planet, you might as well put in some notable differences in the life of its inhabitants. Instead, we get earth 1.3 whose only noticeable differences seems to be stuck in  1960’s Europe, the ability and technology to create undead soldiers, and the overall social-political influence of some vaguely-defined Christianity. But well, this is manga we are talking about. Vaguely-defined Christianity is rather commonplace with all the manga in the past that has used Christianity as an accent (almost every manga with vampire hunters). Oh and apparently there is some sand ocean they didn’t mention much at all. So yeah, they did not need the other planet setting; they might as well of just set it in an alternate future or future post-apocalypse. 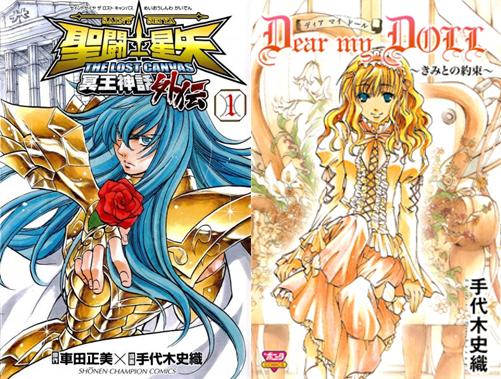 Kieli does a good job of describing its character’s situation and their conflicts as well as growing friendships. For instance, the constant persecution of Harvey and the Undying by the vaguely defined Christian church that Kieli has to save Harvey from at one point. But it lacks a bit in overall complexity and in the romance department. It feels that there could be a romance going on between the two of them, but nothing comes of it. That might come from the two volumes only covering the first book of a series that is (as of this article) at least nine volumes long. Thus, in hindsight, does not allow much in the way of closure.

Pros: Likable characters with interesting backgrounds Harvey’s character when it is flushed out. Drama isn’t overdone and only used sparingly. Character art is attractive without looking like generic beauty with even figures like the Bleeding Clown shown later who was able to look cheerful even though he is constantly bleeding. Entertaining in a young Shojo sort of way.

Cons: Lacks actual romance for something that felt the need to include a high school age character with romantic undertones. Is a bit short, leaving a relatively inconclusive happy ending. Plot is a bit superficial until you get to the second volume; it is just happy goes lucky and aimless until the second volume where the Church starts really do anything outside of just “existing”.

Kieli was published by Yen Press on its English release together with the light novels. Quite frankly, I do not feel like Kieli will rock anybody’s world, but it certainly makes for a good distraction if you need something to coast you over. Buy it, read it once or maybe twice, then give to someone else, then move on and remember that if you liked this, there are multiple books out there to continue.