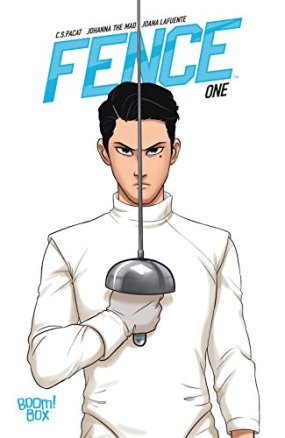 The sub-genre of sports manga and anime has been hitting a demographic renaissance with a female audience since the early 2000’s. While unintentionally started by Takeshi Konomi’s The Prince of Tennis, later series such as Kuroko’s Basketball and Haikyu!! have garnered a noticeable female audience who typically come for the pretty boys and shipping fodder and stay for the character drama and story intrigue. Furthermore, thanks to certain shows deliberately aiming at the female demographic (Free!) as well as including canonical gay relationships (Yuri!!! on Ice), sports anime for a female audience has been more popular than ever. Of course, this has inevitably led to non-Japanese takes on the genre through different mediums, which is the focus of today’s review for volumes 1 through 3 of Fence.

Fence was written by C.S. Pacat, a genderqueer Australian author who gained notoriety through her online serial fiction series The Captive Prince. Pacat created Fence due to her personal love of fencing from high school as well as her interest in sports manga. The comic’s art was done by a Mexican artist who goes by the handle name Johanna the Mad. 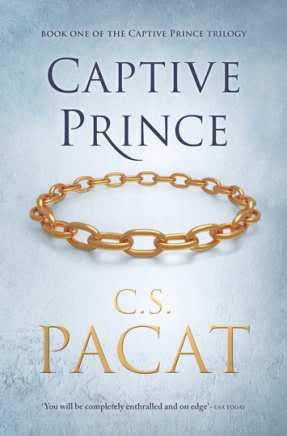 16-year-old Nicholas Cox is on the down-and-out. The illegitimate son of U.S. Olympic fencer Robert Coste, Nicholas seeks to carve out a name for himself in the world of competitive fencing. Unfortunately for Nicholas, life is far from fair, as he gets his ass utterly handed to him by fencing prodigy Seiji Katayama upon entering a local fencing tournament. Later, Nicholas attempts to redeem himself by getting accepted into prestigious private school King’s Row, which boasts a famous fencing team. However, spots on the school’s fencing team are limited, competition to join is fierce and on top of that, Seiji is back and won’t go down without a fight. If Nicholas can’t make the cut, his dreams may be over before they even have a chance to start.

Fence feels like sports manga/anime concentrate that’s accompanied by a drive to diversify the sub-genre while remaining compelling and interesting. One of the things I noticed off the bat with the comic is how the cast is not only more racially varied, but most of the cast is also openly queer (for the record, yes I am aware why there’s a lack of racial/sexuality diversity in sports anime/manga normally, I just want to note how Fence handle things differently from the sub-genre it aspires to be). It’s a legitimately refreshing take on sports anime given that certain character archetypes are rehashed (i.e., Nicholas the underdog vs. Seiji the prodigy), but don’t feel stale thanks to Pacat’s writing. I especially enjoyed many of the side characters who get fleshed out in different ways over the three volumes, such as team ace Aiden’s specific non-romantic relationship with the team captain Harvard, but because Nicholas’s conflict is at the center of the story thus far, we only get a glimpse of the side characters. It’s clearly meant to be a ‘preview of what’s to come’ but I am concerned the story going forward may forget these characters exist. 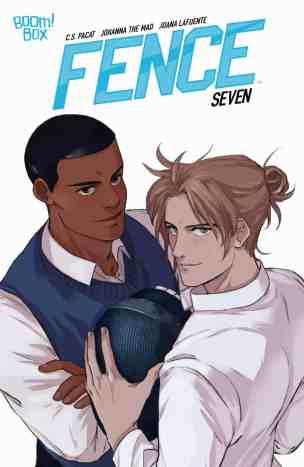 The artwork in Fence is sometimes mixed quality-wise, but mostly leans towards the positive side. Johanna the Mad’s art emphasizes character design, fluid movement, and expressions. She even studied fencing based on resources Pacat passed to her in order to portray the sport accurately in her comic, and her work shows. I enjoyed Johanna’s designs for much of the cast, as she can eschew the same-face/same-body type issues certain sports anime and manga struggle with while keeping her designs simplistic and distinctive. Her designs range from cutesy petite crossdresser Bobby to cranky redhead Tanner, flirtatious Aiden, and big nerd Kally. The only significant issue I had with the comic’s art was the simplistic backgrounds, which jars somewhat with the otherwise pleasant character designs, but it’s a relatively minor issue.

Pros: Compelling story and character drama. Cast is more varied in terms of race and sexuality compared to the average sports anime/manga. Character designs are distinctive, expressive and fluid in the portrayal of the sport. 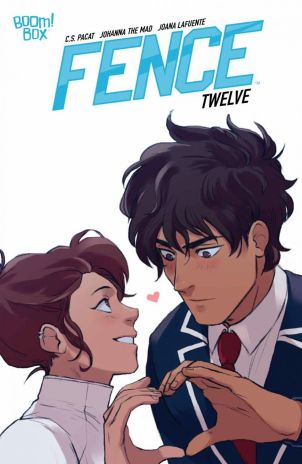 Cons: Art’s lack of detailed backgrounds is semi-jarring. Cast might be a little too big for its own good and certain characters are mostly on the wayside despite being interesting.

Fence is an on-going series published by Boom! Studios. I was pleasantly surprised by Fence, which thus far has laid a solid and entertaining groundwork for itself. I would recommend this comic if you crave a more concentrated dose of the highs of sports manga and anime in a smaller package.

Like Loading...
‹ Beyond The Black Rainbow Review: How I Tried To Avoid The Term “Fever Dream”
Again!! Review: Time Keeps on Slipping ›